Dale Farm Travellers Site, February 2012, four months after the eviction. Irish Traveller grumpy boy outside his family's caravan in Dale Farm. The largest Traveller community in the UK, Dale Farm was under threat of bulldozing. Ninety families were facing the largest eviction of its kind in recent memory, a nightmare which forced its residents to camp again on roadsides and car-parks as the site was finally and violently evicted in October 2011. 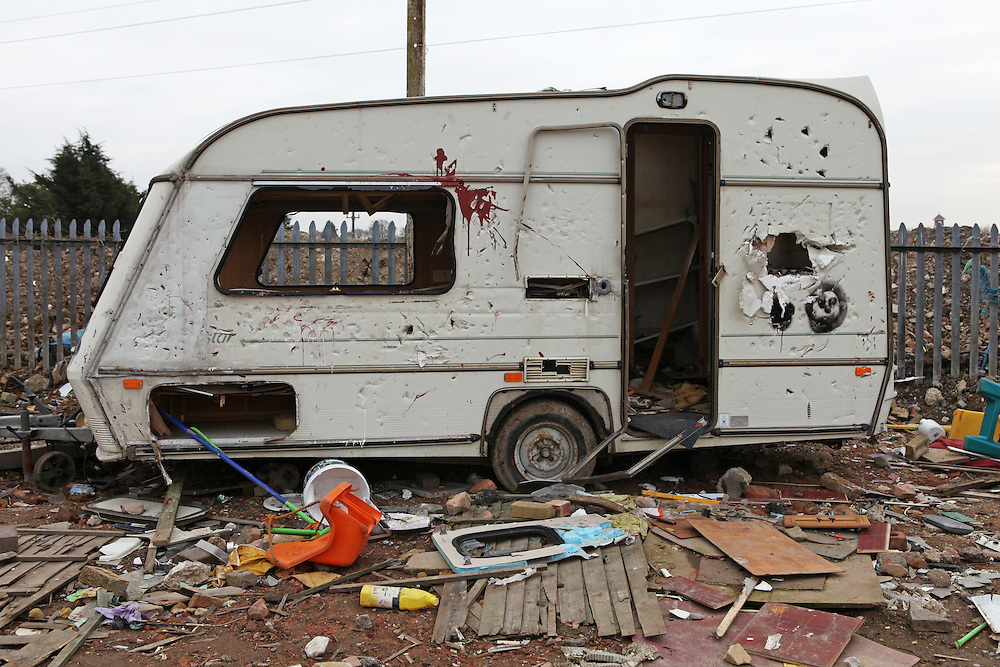