Irish Traveller girl showing the "We won't go" sign. Dale Farm in Essex, the UK largest Travellers' site. To support the Irish Travellers who own the land but never got planning permission and were about to be evicted by Basildon Council, some activists set up a Camp, called Camp Constant (after the name of the bailiffs' company, Constant & Co).
Irish Traveller grumpy boy outside his family's caravan in Dale Farm. The largest Traveller community in the UK, Dale Farm was under threat of bulldozing. Ninety families were facing the largest eviction of its kind in recent memory, a nightmare which forced its residents to camp again on roadsides and car-parks as the site was finally and violently evicted in October 2011. 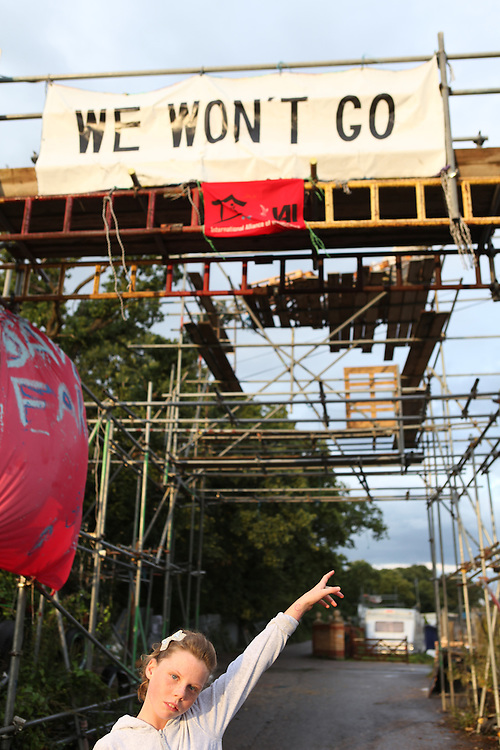