Jim Blackender in front of his prefab in 2009. Jim fought and lost. He raised an army of residents to save the prefabs from demolition but the battle ended up in a ballot which led by 54% to 46% to the 'regeneration' of the estate. By regeneration, the council means demolition of the post-war bungalows and replacement with double and triple storeys dwellings. The idea is to triple the density of the population but it's difficult to find out more as Lewisham is remaining very discreet about the future. The demolition process should have started in October 2012 but in June 2013, it still hadn't begun. On the estate, more and more prefabs are being boarded up. Residents were hoping they would be rehoused in new houses at the same location but it doesn't look like it will happen, so they are ending up accepting other housing options offered by the council as Jim and his wife Lauren did. In September 2012, they left their prefab for good for a 2 bedroom attached house in Rochester, Kent. I paid them a visit in Winter 2013. They both became very emotional when talking about their prefab. The scar hasn't healed yet.

'In a prefab, you’ve got a two-bedroom detached property and unless you have lots of money, you’re never ever going to get that again. It was something we were fortunate to have as council tenants. Once the prefabs are gone, they’re gone forever; you’re never going to get back to a place like that.
I liked everything about the prefab – I couldn't put a finger on it. It was the people, the location. When we moved in 20-odd years ago, there was a really strong community, and there was no way anyone could have taken that place from the residents. But it’s been left to rot, the Council should have been carrying out repairs, painting and redecorating, so people would want to live there, but hardly anything has been done to the estate. It’s depressing to watch it fall into disrepair'. 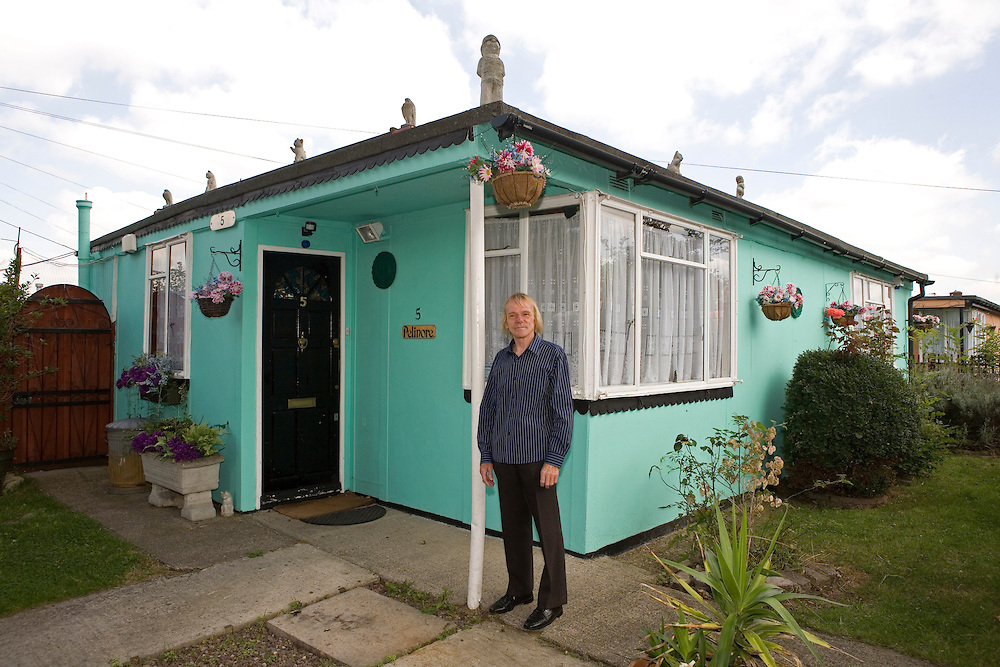